Today, we will be finished with phase one of the MLB All-Star voting; the final three finalists will be announced. With the official starters being announced in one week, now would seem to be a great time to take a look at the deserving starters at each position in both the American and National League, using production as the only means of evaluation with popularity not a factor. So, why should start in the All Star game at each position? Let’s discuss. 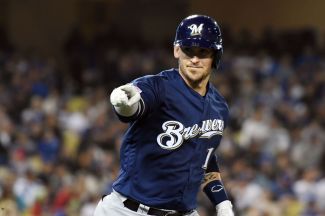 This is a tight race between Grandal, JT Realmuto, and Wilson Contreras that likely will ultimately won by Contreras. Still, Grandal is certainly the best catcher in the NL with a 133 wrc+, a 14.2% walk rate, and a 2.7 WAR. His exit velocity and hard hit rate both are in 79th percentile or better, and his .285 BABIP suggests that he’s had a lot less luck than Contreras (.354 BABIP). Additionally, unlike Contreras, Grandal is an excellent defender with a 5.4 framing runs above average (FRM). He’s an all-around catcher that is arguably the best in baseball and should be in line for a massive payday next free agency. 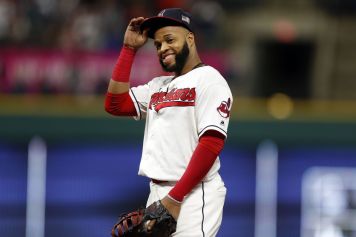 Santana is currently walking (17.1%) more than he’s striking out (16.2%) and leads AL first basemen with a 147 wrc+ and a 2.8 WAR. He’s also hitting the ball with authority to the tune of a 92.7 MPH average exit velocity, which ranks in the 96th percentile. He’s likely to fall to Luke Voit, who has the advantage of playing for the Yankees, but Santana is definitely deserving of starting in front of his home crowd as the best AL first baseman.

For the longest time, this spot seemed like a lock for Pirates first baseman Josh Bell. However, Freeman now looks like the better option with a 157 wrc+, 2.8 WAR, an absurd .427 xWOBA. Furthermore, his xSLG (.614), xWOBA, xBA (.311), and hard-hit rate (48.7%) all rank in 91st percentile or better. Plus, with 3 drs early into the season, he’s also continued to defend his position well. If not for Christian Yelich and Cody Bellinger, Freeman would without a doubt be an MVP front-runner. 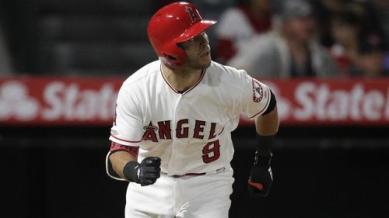 When La Stella was acquired by the Angels in the offseason from the Cubs, no one batted an eye. Now, he leads AL second baseman with a 135 wrc+ and also owns a 2.1 WAR. Notably, his strikeout rate (8.4%) is way down, his launch angle (13.8) is up, and his defense (1 UZR) has been alright at second baseman. Brandon Lowe and DL LeMahieu are also great candidates, but LaStella’s BABIP (.284) is by far the lowest of those three, making his production the most legitimate.

Another breakout star, Marte has been a gem for the Diamondbacks this season. He owns a 3.5 WAR, 136 wrc+, and a .577 slugging percentage. He’s improved his launch angle (11.6), hitting the ball significantly harder (90.5 MPH), and has been a solid defender at second base (1 drs) and a superb defender in center field (7 drs, 7.5 UZR). There’s no doubt that he, and not Ozzie Albies, is the most well-rounded second baseman in the NL as an above average offensive and defensive producer.

Bregman leads AL third baseman with a 3.4 WAR and 153 wrc+, while his walk rate (17.3%) is much higher than his strikeout rate (13.3%). Additionally, with just a .240 BABIP despite an improved 40.9% hard contact, his offensive numbers should improve throughout the season. Meanwhile, his defense (5 drs, 2 UZR) has bounced back tremendously, making him the best all-around third baseman, even ahead of Matt Chapman.

Nolan Arenado will almost certainly win this spot, and with a 3.2 WAR, he is deserving. Still, Rendon has the same WAR in 13 less games, while his .341 isolated power (ISO) and 166 wrc+ are massively better than Arenado’s. His 55.5% hard hit  and .341 xBA rank in the 100th percentile (yes, you read that right), while his .461 xWOBA and .680 xSLG rank in the 99th percentile. Yet, he didn’t even make the top three in voting that was needed for him to reach the second stage of voting. That’s a disappointment, but at least Rendon can look forward to a huge payday next winter when he reaches free agency.

MINNEAPOLIS, MN – MAY 16: Paul DeJong #12 of the St. Louis Cardinals reacts to striking out against the Minnesota Twins during the interleague game on May 16, 2018 at Target Field in Minneapolis, Minnesota. The Cardinals defeated the Twins 7-5. (Photo by Hannah Foslien/Getty Images)

Bogaerts leads all shortstops with a 3.5 WAR and 13.7% walk rate, and also has a 141 wrc+ and .375 xwOBA. Though his -9 drs are a concern, he also has a 2 UZR and a 5.3 defensive value; he’s in a way becoming a complete shortstop. Jorge Polanco is an appealing option and should start now that Bogaerts failed to make the top three, but that doesn’t change the fact that Bogaerts is having the best overall season among all shortstops in baseball.

This starting spot is without a doubt going to Javier Baez, who’ve I’ve already shared my thoughts about (Javier Baez Has Become The Most Overrated Player in The MLB) on numerous occasions. However, he’s not even the best shortstop in his own division; Paul DeJong leads NL shortstops with a 3.2 WAR. His 126 wrc+ and 44% hard contact rate demonstrate the offensive contributor he’s become, but he’s also a gold glove defender with 8 drs and a 5.7 UZR already this season. With Trevor Story going down with a thumb injury, DeJong should have been the starting NL shortstop, though he too did not make the top three in the voting. 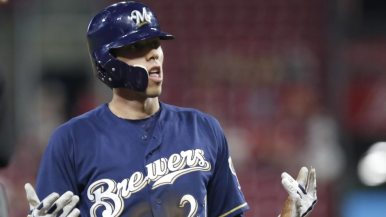 After winning NL MVP last year, the general consensus was that Yelich would regress this season. Instead, he’s found a way to get better with a 193 wrc+, improved plate discipline (13.7% walk rate, 16.9% strikeout rate), and a .403 ISO. His .655 xSLG and .442 xWOBA are also top-notch, while his defense (4 drs, 0.6 UZR) is also solid. He very well could end up winning back to back MVP awards.

What else is there to say about Trout, who likely will go down as the greatest baseball player of all time? His 20.4% walk rate is outstanding, he’s striking out less, his 192 wrc+ is great, and his .464 on-base percentage is marvelous. He’s also coasting to a 5.2 WAR and is performing well defensively (2 drs) for the second straight season. He’s the easy AL MVP front-runner and will 100% be starting in center field at the All Star game.

Before the season, I saw Max Kepler as a potential All Star. He had just a 97 wrc+ in 2018, but he’s always had excellent plate discipline, while his .236 BABIP was bound to improve. Well, now he’s up to a 137 wrc+ and 2.8 WAR, while his ISO (.288) has nearly doubled. His 43.8% hard contact rate and .362 xWOBA combined with a subtle .263 BABIP legitimizes his production, and he’s also an amazing defender (6 drs, 7.7 UZR) in right field. With George Springer hurt and Austin Meadows struggling, it would be great to see Kepler get the recognition he deserves. 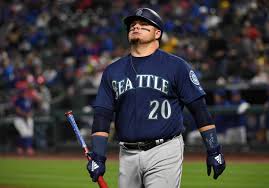 In what has been a really tough season for Mariner fans, there is certainly one bright spot: Daniel Vogelbach. His 152 wrc+, 18.4% walk rate, and .396 xWOBA are outstanding, while he’s doubled his launch angle (20.1). He also rarely chases pitches (21.6%) and has a BABIP of just .269. There’s no question he is currently he has been best-designated hitter so far.

This could easily be rookie Peter Alonso, but Bell’s overall profile is slightly more intriguing. He has a 159 wrc+, .333 ISO, 94 MPH average exit velocity, .397 xwOA, and a 52.1% hard-hit rate. His breakout after hitting just 12 home runs has been fun to watch, and though he’s lost his grip as the best first baseman in the NL, he still should be the designated hitter in the mid-summer classic. 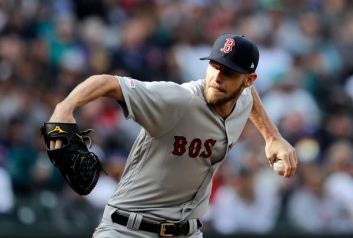 Despite the Nationals’ struggles and him coming up in trade rumors, Scherzer has been the best pitcher in baseball this season with a 2.19 FIP and 6.64 K-BB ratio. His .258 xWOBA and 41.8% ground ball rate are also great, and though he’s allowing more hard contact than usual, his .332 BABIP isn’t fair given the fact that his hard contact allowed rate of 38.6% isn’t awful. This is a dominant pitcher still going strong at age 34; despite Hyun-Jin Ryu’s excellence, Scherzer remains the deserving NL starting pitcher.